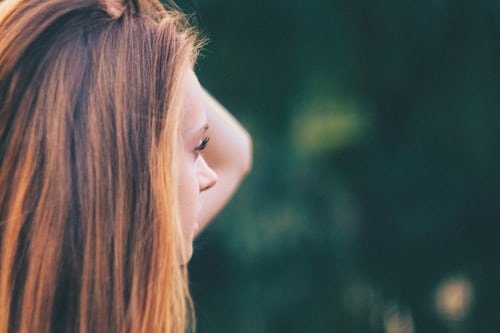 I’m not comfortable with anger. It’s something I’ve avoided dealing with my whole life. I’d rather let things roll off my back than get angry. But if I do get angry I give myself an allotted time to feel it then get over it.

Well unfortunately anger is part of the grief cycle. Yeah, I wasn’t too pleased about it either. It’s a hard emotion to face. It’s an uncomfortable emotion to feel. To just sit in. To allow.

I have a lot I’m grieving through right now. The loss of what was taken from me upon finding out I was pregnant. The loss of my mental health that was triggered by my sons birth. The loss of just mentally being there the first two years of his life because of it. The loss of not bonding with him.

Through all this grieving I’ve landed myself squarely in the anger phase. I’ll say it, I’m PISSED! I’m so pissed I’ve gone through all this. Then I’m pissed that it could have been something magical after he was born but it was far from it. I’m pissed I was one of the “lucky” ones who got to experience postpartum psychosis. I’m pissed.

Life most often doesn’t go the way we expect. We have to learn to deal with that. Growth never happens in your comfort zone. It happens when you step outside it, or in my case was forced outside it. Rather pushed really hard, really far from my comfort zone.

But then I think of my fourth son, I think of his goofiness, his laughter, his energy. I think of him running circles with his brothers trying his hardest to be a big boy. I think of his smile as I push him in the swing. Or the joy on his face as he gets into the bike trailer. I think of the smirk he gives me out of the corner of his eye as he steals the last sip of my coffee. When I think of these things I have to think of what he’s added to the family. He didn’t take any of those other things away from me. He is a baby, he’s not responsible for me not getting down on the floor and playing, for not making breakfast every morning. My mental health is responsible. That’s who is to blame. That’s what to get angry at. That is what I am angry at. Even so it took me many many months to remove the blame from my child. He is the evidence of all that took place in my life but not who is to blame. It took me till he was 18 months to remove the blame from him. I think looking back that was the first step in creating a bond with him.

So even though I don’t like saying I’m angry I’m going to sit in it as long as I need to. I’m going to face it head on and not try to shove it aside. I’m going to yell at it, cry over it, and write about it. I’m going to swear at it and be pissed at it. Then at some point I’m going to be able to walk right through it and will be a stronger woman because of it.