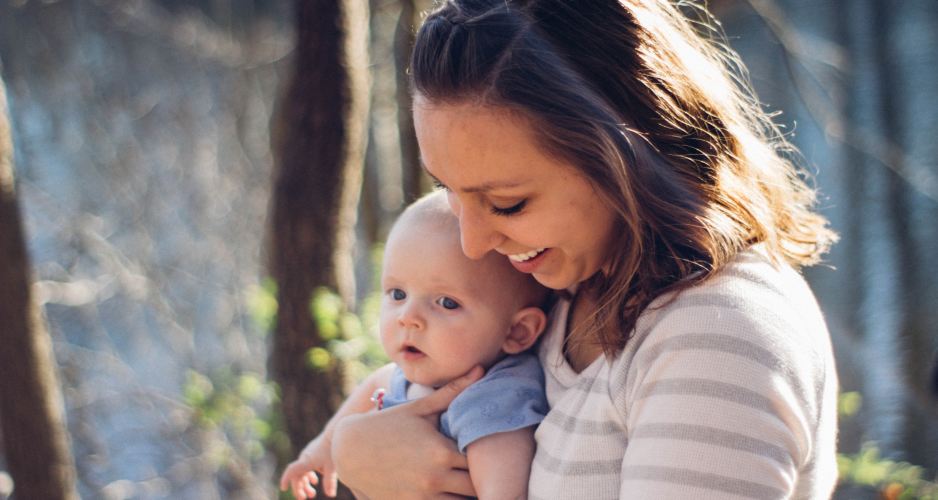 It’s been a longer gap between posts than normal. It has been a bit hard to follow the last one that got so personal I suppose. I feel now I know what I should write about so I find myself here, for a fourth time starting this weeks blog.

I have struggled to bond with my youngest child. Even through pregnancy I found it difficult.  Then he was born and I had the rush of “I made him, he’s beautiful, I’m so in love.” I wish it could have lasted and been the start of a great relationship but it wasn’t.

I found myself very distant from him. I felt relief when he wasn’t in the room with me and then the wave of anxiety would kick in and I was torn needing to be able to see him at all times and wanting nothing to do with him, what a conflict of emotions.

Often when I nursed him, hourly, I’d stare out the window and wish I could run away into those mountains that stood behind my house. It almost felt like they were calling to me. I always felt peace and found refuge in the quiet gentleness of them.

As we came up on his 1st birthday I thought maybe this would be a turning point, he’s walking now, he’s weaned, more independent. Maybe now I can start to bond. Unfortunately wishing it and making it happen are two separate things. Looking back now I know that wasn’t possible yet as I was still suffering from my own postpartum mental health issues.

After the many months of receiving help in addition to being hospitalized 18 months PP I wanted to readdress the topic. He was now nearing his 2nd birthday and I desperately wanted to feel bonded with him by then. Again wanting it and making it happen are two different things. I was working on it but I couldn’t force it.

Just days before his birthday when I was attending my bi-weekly therapy sessions my therapist pointed out I was not the only survivor of my postpartum psychosis; my son was as well. I let that sink in. I had never thought about it in that way. When I arrived home and opened the door to see my spunky redhead greeting me with a hug and a grin I couldn’t help but look at him differently and felt we had something special that I didn’t have with my other boys. We are survivors.

This was the first baby step in bonding with him. It’s taken many more months and even then I felt I was making very little progress. What I learned is you can’t always see or recognize your progress, it may just catch you off guard one day to realize you have in-fact bonded. Which was the case for me.

I spent the first, well nearly two years of his life, wishing he was never born. That our family would be better going back to a family of five instead of six. It was only last week when he was running around me being goofy that my thoughts caught me off guard. I thought to myself “Gosh I’m so glad you’re part of this family.” It came out of nowhere and just like that it changed my world. I realized for the first time I had accepted this boy as part of the family.

I’m lucky enough to be one of the mom’s who is able to bond with her child while they are still young. I have so many years ahead of me that I can build on that relationship instead of trying to salvage it. What a blessing that is.

One thought on “Not the Only Survivor”